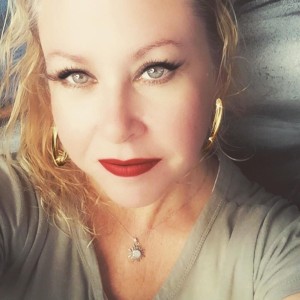 I’m just going to spill all the tea from the get-go and let you know this is one of the best books I’ve read about sex and sexuality in quite some time.

Bell begins with the absolutely true point that many, many aspects of our lives relate to our sexuality. He goes on to integrate this point with the teachings of the Bible, interestingly enough, to really arrive at the core purpose of sex itself — which he likens to the point of life as Jesus taught it. Now before I lose all you non-religious, non-Judeo Christians right here, let me just share a little about myself for context: I was force-fed Judeo Christianity, church, youth group — as a child & teen — I was an acolyte, my biological father was a freaking minister — which provided me PLENTY of reasons in adulthood to not attach to a religion, as I have come to find much more value in my own deep spirituality and practices which have personal meaning to me. I remain still, however, fascinated by religion and what it means to people. What it symbolizes, and why so many wholeheartedly subscribe to it as a necessity in their lives. Also just how much all our lives — as uniquely different as they all are, are Influenced by religion and spirituality at their heart. In Sex God, Bell has an exquisitely refreshing way of exploring those things and juxtaposing them beautifully with how our culture relates to them through the lens of Biblical & spiritual teachings, to sexuality and sex, and to life in general.

He delves into the fact that sex is so much more than simply the physical act as a means for pleasure, and fleshes out (pun intended) what it really seems to symbolize on a universal level, suggesting that inevitably the discussion of sex and sexuality leads to talking about our origin as human beings, or in his words, “God,” which makes a lot of sense.

“Sex. God. They’re connected.” He says. “And they can’t be separated. Where the one is, you will always find the other. This is a book about how sexuality is the ‘this’ and spirituality is the ‘that.’ To make sense of the one, we have to explore the other. And that is what this book is about.” – pg.15. This idea is what really caught my attention and motivated me to read the book. I am currently on my way to becoming a sex and spirituality educator, so this whole concept is right up my alley. I’ve mostly always naturally considered sex a sacred act. I never got the value of one night stands, or “empty” sex, as I call it, as a pleasurable thing. I’ve always felt like somewhat of an outsider for that because I am both a demi-sexual and a sapio-sexual, among other things, which has caused me some complications in my own sexual journey, but made this book all the more relatable.

Bell goes on to illuminate many very dehumanizing attitudes & behaviors our culture accepts — even glorifies — about sex, breaking down the things we seem to have gotten wrong about our roles in relation to each other, our purpose, even the planet, and makes the crucial point that all too often, we as humans are so overly prone to focusing on our differences instead of our similarities, forgetting, in essence to view ourselves, each other, and life as “God” does. Often viewing “other” as “enemy” vs. “brother,” “sister,” or “self,” ie: another unique piece of the divine from whence we all come, in theory.

The book is full of personal anecdotes and experiences the author has had or seen which makes his notions so raw and real for me. This, in my humble opinion is, or should really be the aim of any authentically creative venture. He’s often reminding us of our own humanity, and most importantly, how beautiful a thing — like sex — that can be. In it he explores relationships and so many of the nuances, intricacies, and complications most of us have or could encounter in our own relationships at one time or another. He even references one of my all-time favorite couples and their love story by naming the 8th chapter “Johnny and June,” of course after the legendary Johnny Cash and June Carter Cash, making the irrefutable argument that “We desperately need more Johnny and Junes.” – pg. 159.

I think the most important statement Bell makes in this book is that one truly doesn’t need to seek validation of one’s worthiness in another or outside of one’s self. That we each carry the spark and image of divine creation, no matter what that looks like for each of us, and that when one validates their own worthiness and stands in their power, it is the ultimate kind of attractive. It commands respect and the right kind of attention we so often seek from others instead of finding it in our relationships with ourselves first. This concept is incredibly powerful for me. I often fantasize about just how different a place the world might be if more people were able to grasp it. How different everything including sex and sexuality might be. I enjoy this idea immensely and always hope for its fruition…it’s the hopeless romantic in me.

I could gush on and on about this book, but I’ll say in closing, it is a must-read for anyone interested in exploring sex and how it relates to us as humans on a deeper level — to our spirituality, the core of life itself. It’s a brilliant study and I will definitely be checking out more titles by Rob Bell. I truly hope you’ll read this treasure and enjoy it as much as I did. 5 stars and 5 hearts, hands down. Until next time 🙂